Many applications use Coriolis Type Flow Meters but one that is becoming quite popular is the Asphalt industry.  Due to the elevated viscosity and bad fluidity, asphalt flow measurement is always a technical problem.  The pipeline liquid asphalt operating temperature is usually around 200 °C (392 °F).  Although the bitumen temperature is very high, there is still a big viscosity and a tiny number of strong particulate impurities are present in the medium.  Conventional liquid flow meters fulfill their demands for measuring the flow of bitumen.  However, the Coriolis flow meter in-line is a ideal option for measuring asphalt / bitumen flow. 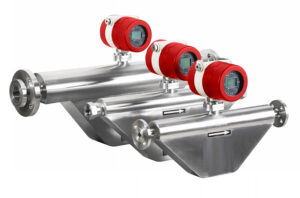 oriolis flow meter can detect the flow of all liquids and gases which can be used for the food and chemical industry.

Technical Side of the Coriolis Flow Meter:

The density of the fluid may change with temperature, pressure, or composition, for example. The fluid may also be a combination of phases such as a fluid with entrained bubbles.

The Actual density is due to dependency of sound velocity on the controlled liquid concentration.

What happens to the Fluid?

Fluid is being pumped through the coriolis flow meter or mass flow meter.  When there is mass flow, the tube twists slightly.  The arm through which fluid flows away from the axis of rotation must exert a force on the fluid, to increase its angular momentum, so it bends backwards.

curved tube mass flow meters are designed where the fluid is led through two parallel tubes.   The actual frequency of the vibration depends on the size of the mass flow meter, and ranges from 80 to 1000 Hz.

When no fluid is flowing on a coriolis flow meter, the motion of the two tubes is symmetrical, as shown in the left animation.

What happens to Coriolis Flow Meter during mass flow:

The arm through which fluid is pushed back towards the axis of movement must exert a force on the fluid to decrease the fluid’s absolute angular speed.

The two vibrations are shifted in phase with respect to each other, and the degree of phase-shift is a measure for the amount of mass that is flowing through the tubes.

On the other hand, they may not be competitive when used in simple flow measurement applications.  Where volumetric sensors are sufficient and where repeatability is more important than precision other type like  Micro Mass Flow Meter, Turbine, Electromagnetic, Variable Area, Ultrasonic and Vortex may be the preferred choice.

Coriolis mass flow meters can detect the flow of all liquids and gases which can be used for the food and chemical industry and are the best choice for an accurate flow meter. 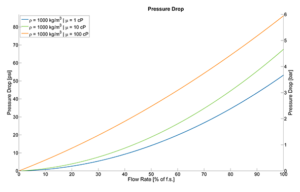 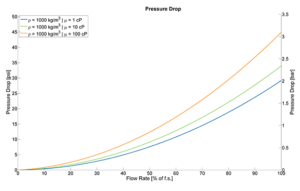 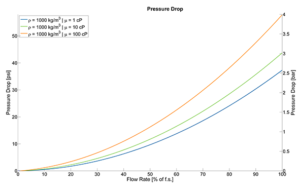 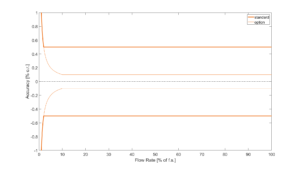 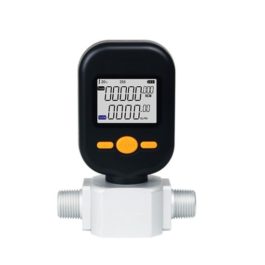 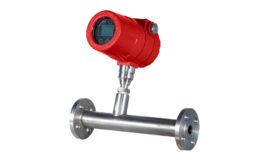