A control valve is a valve used to control fluid flow by varying the size of the flow passage as directed by a signal from a controller.   This enables the direct control of flow rate and the consequential control of process quantities such as pressure, temperature, and liquid level.

The opening or closing of automatic control valve is usually done by electrical, hydraulic or pneumatic actuators.  Normally with a modulating valve, which can be set to any position between fully open and fully closed, valve positioners are used to ensure the valve attains the desired degree of opening.

The pneumatic control signals are traditionally based on a pressure range of 3-15psi (0.2-1.0 bar), or more commonly now, an electrical signal of 4-20mA for industry, or 0-10V for HVAC systems.   As a result, Electrical controls now often includes a “Smart” communication signal superimposed on the 4-20mA control current, such that the health and verification of the valve position can be signaled back to the controller.  The HART, Fieldbus Foundation, and Profibus are the most common protocols.

An automatic control valve consists of three main parts in which each part exist in several types and designs:

Taking the example of an air-operated valve, there are two control actions possible:

There can also be failure to safety modes:

As the pneumatic operation of valves, compared to motorized operation, has cost and reliability, pneumatic actuation is still an industry standard.  To allow the construction of hybrid systems, where the 4-20 mA is generated by controller, coupled with pneumatic valves.  In addition, a range of current to pressure (IP) converters are available from manufacturers as well.  These are usually located locally to the control valve and convert 4-20 mA to 3-15 psi (or (0.2 – 1.0 bar).

As a result, this signal is then fed to the valve actuator or more commonly, a pneumatic positioner. This is a dedicated controller with a pneumatic nozzle and flapper arrangement and a mechanical linkage to sense the valve actuator movement.  This ensures that problems of friction are overcome and the valve control element moves to the desired position, by comparing the actual valve regulating element position against the desired value; hence the name “positioner”.   As a mechanical linkage is used for this, the positioner has to be mounted on the valve body.  A positioner also allows the use of higher air pressures for valve actuation, which is particularly useful with cylinder type valve actuators.

Similarly, With the development of cheap industrial micro-processors, “smart” valve positioners have become available since the mid-1980s.

These include an IP converter, valve position and condition monitoring in an integral unit mounted on the valve body.  Also, the valve position and status are fed back over the current loop to the controller, using such as the HART protocol.  Moreover, this allows further verification that the valve is operating as desired.

First of all, Advantages gained by placing a smart positioner on a control valve

In addition, A huge variety of valve types and control operation exist.  For that reason, there are two main forms of action; the sliding stem and the rotary action.

Finally, the most common and versatile types of control valves are sliding-stem globe, V-notch ball, butterfly and angle types.  Their popularity derives from rugged construction and the many options available that make them suitable for many process applications.

Customized valve specific to your needs?

If this type of valve does not meet your application requirements, pls visit Actuated Valves. 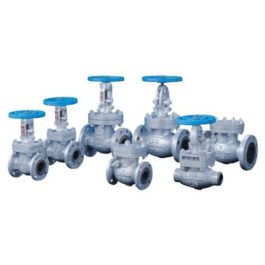